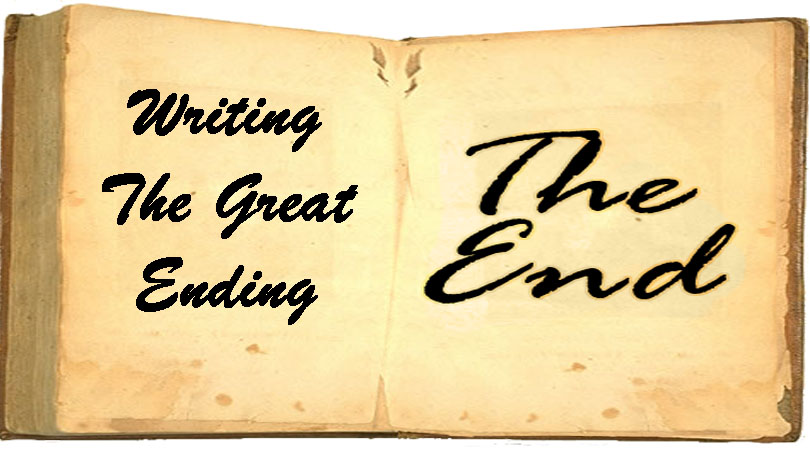 Writers are a creative group of people who have invented several satisfying ways to end a story.

The Straightforward: The story problem is solved, conflict is resolved and the main character’s journey ends. This is the most common ending, a “happy ending”.

The Shocker: Typical of horror, crime and thriller genres. Careful foreshadowing leads to an ending with a twist. The reader is surprised but says “I should have seen that coming!”

The Cliffhanger: Many parts of the story are resolved but some part is left to the reader’s imagination or to the next book.

The Philosopher: Fits several endings including “wonderment”, “they all lived happily ever after” or “the moral of the story is”. Often seen in children’s books.

The Terrible: It’s an unhappy ending. The size of the audience is small (many don’t like downers). However, a common twist is “it was just a dream” or the main character turns out to be crazy.

The best endings are the result of a writer deciding on the ending before writing the first sentence of the book. This allows the story to develop several absolutely necessary elements of a great ending:

AVOID writing a story that “just ends”. The writer feels they have written enough words, draws a line and pens THE END. This is the ending pulled out of the air without development. In SciFi, the world is saved by an unanticipated discovery or a unexpected alien intervention. Readers will reciprocate by drawing a line and refusing to read that author’s stories.

A short story needs to END WITH A BANG. That means a strong climax including elements from the beginning of the story leading to a shock. Like a camera, the lens should zoom out to see the big picture then end with a strong last line.

The last thing a reader reads, sticks in their memory. Make the last line a good one that is pithy and connects with the whole story.

“I am haunted by humans.”
Last line of The Book Thief by Markus Zusak

“He was soon borne away by the waves and lost in darkness and distance.”
Last line of Frankenstein by Mary Shelley

“He loved Big Brother.”
Last line of 1984 by George Orwell

“The scar had not pained Harry for nineteen years. All was well.”
Last line of Harry Potter and the Deathly Hallows by J.K. Rowling

1 thought on “Writing the Great Ending”