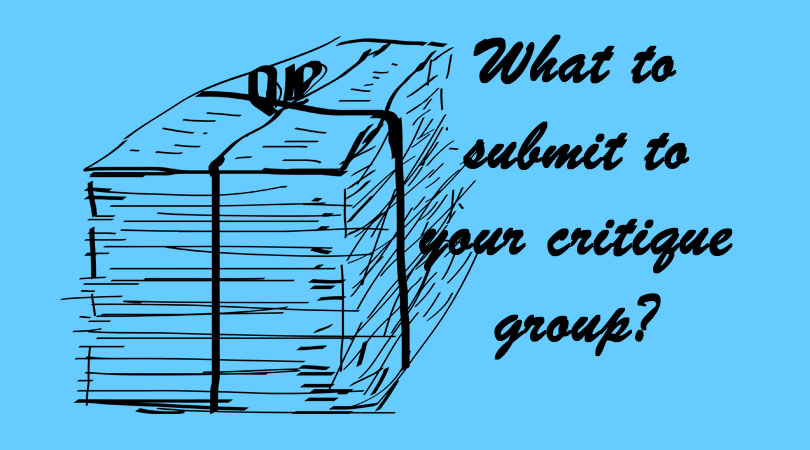 Material submitted to a critique group is somewhere between a first draft and the final draft and may be an entire short story or just a few scenes from a novel.

On one hand, a true first draft is riddled with grammar and spelling problems, best fixed with a grammar and spell checker like Grammarly or ProWritingAid. A critique group should not waste time commenting on, or suggesting fixes for, things the writer and a little software could resolve. On the other hand, an author will be reluctant to change a nearly final draft in a way that might introduce typographical errors or inconsistent plot elements.

Consequently, the group functions most efficiently by critiquing work in the middle of the editing process. The author should have already read the section out-loud and edited it a couple of times at home. Most finished works are edited by the author at least ten times.

Submitted work should be formatted to make critiquing as easy as possible. In the larger scope of a novel, a few introductory comments by the author are greatly appreciated by readers.

Some critiquers lament “the ten page syndrome” which is a limited critique due to inadequate information beyond the ten pages submitted.

Below are guidelines to format text being submitted to a critique group. The format is the same for printed and online material: