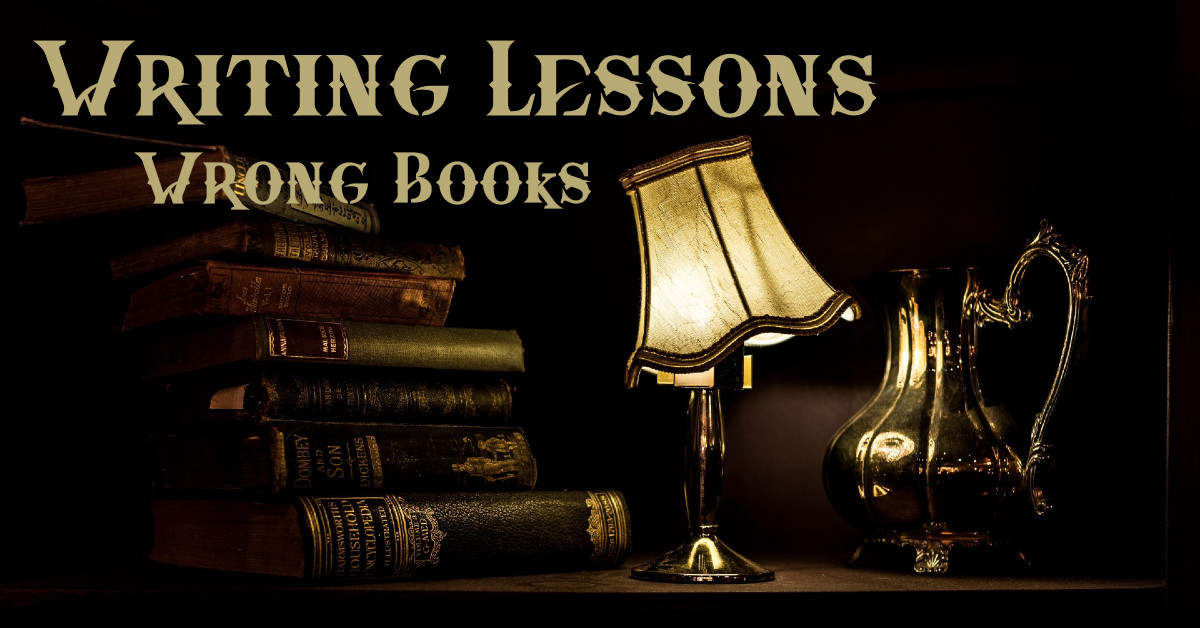 For writers, literature is an ultimatum. Are you going to enjoy it? Or are you going to learn something? It’s a false dichotomy, really. Doing both isn’t so hard. Growing in your skills and superpower has a certain satisfaction in itself. And sometimes understanding the fiddly background bits in stories enhances appreciating them.

Whatever your personal approach, literature an ultimatum. There was a time when I wouldn’t put that thought forward. I would have said that there are some books you’re supposed to learn from, and others you’re supposed to enjoy. Separate categories with a slight heel-wedge shoving them apart.

That’s ridiculous. Of course it is. Writers end up treating life as their classroom, and everything they read as a new learning opportunity. Every sentence outside themself is a small argument in the writer’s mind, isn’t it? Challenging us to rephrase—argue with the point—ask about the use of that comma just there. A thousand little battles every day. They keep us alert.

Some pieces of literature challenge a little harder. You ever experienced that? You ever felt like you had to do battle with this or that piece of literature? And then, when you got done with it, you felt uplifted. You know that you, the writer part of you, changed somewhere deep down.

This is a list of pieces of literature that taught me lessons about being a writer. The literature in question wasn’t intended to teach writing. But that’s just because it didn’t know what it was doing. Accidental genius is still genius.

Here’s the literature that didn’t realize it’s about writing and how to read it like a writer.

In the waning years of the Cold War, George Smiley, an ineptly retired manager of British spies, leads an aging team of former intelligence operatives in a research project intended to culminate in blackmailing his opposite number in the Soviet Union, Karla. It’s a beautifully executed piece of espionage fiction. Le Carré worked in the British Secret Service a generation after Ian Fleming, the creator of James Bond. They knew each other a little. Le Carré’s espionage novels, and the frog-like character George Smiley in particular, were a direct reaction to Fleming’s intentionally improbable Bond series. Le Carré wanted to give us the world’s most realistic showing of espionage. Cold War spies say that he succeeded.

The drama in Smiley’s People proceeds from Adventures in Collaborative Research! The super team of aging intelligence operatives Smiley assembles in the story have one mission: to attack the library! They spend the whole novel basically getting their facts straight. They have to travel a little bit to do it, in theory to picturesque locations, but they keep getting sidetracked when they track down the owners of antique shops, interview people in odd professions, and then try to get the “real” story out of a witness who only sort of saw what happened.

Then the team gets together and tells Smiley all about it, and he supplies the masterstroke: he writes a thing. That’s his weapon of choice. Smiley’s People is about researching and then writing a well-composed story in order to change someone’s mind.

It’s basically a celebration of the writer’s workday.

The lesson I learned from it: the right story—prepared right, timed right, told right—has the power to end the Soviet Union.

This is why I was saying “literature” instead of “books.” Yojimbo is a film about a wandering, nameless samurai. He wanders into a village doubling as a battlefield for rival gangs. The conflict between the gangs is making it impossible for the villagers to live their lives. The nameless samurai, who takes on the title Yojimbo (bodyguard) out of convenience, decides to fix the problem by manipulating the gangs into a final conflict that leaves them all dead.

It’s a Kurosawa film, so it’s pretty damn good. If you don’t particularly like subtitles, I understand that the film A Fistful of Dollars is pretty much the same story.

Yojimbo, the nameless samurai, decides to rescue the village from the gangs. His only weapon to do it is his own cunning. He has few allies at first, and as he stirs up trouble his allies keep telling him to go away. No one understands why he’s doing what he’s doing, and nobody even wants to help him. But Yojimbo stays the course. He recommits to his mission every scene. When he gets beat up, it just makes him more determined to work. When the bad guys get better weapons, Yojimbo just works harder. He never wavers, never stops, and he never takes the time to explain himself in spite of the fact that everyone else in the story has pretty much written him off as an erratic force of chaos with no strategy.

By the end, though, his strategy works out. He fixes the problem. He sticks to his mission, and he makes a big, crazy thing that everyone understands now that it’s done. But he had to get there.

The lesson I learned from it: it’s my job to understand what I’m doing.

Marcus Aurelius was one of the more effective emperors of the Roman empire. He was also a devoted Stoic, big S because it was a true school of personal ethics in his day, not just a way to describe people. Meditations was his personal journal. It’s a fragmentary, meandering text full of observations and self-analysis. It was never meant for publication, but it’s fascinating to read the King of the Known World reminding himself to take advice well and remember his teachers.

Even the Emperor of the Whole Universe at the Time needs to work his thoughts out on paper.

The lesson I learned from it: use your notebook!

Enough for getting started!

Every book is an education. Seeing examples of what not to do is the last lesson that you can always learn. Often enough, seeing how another writer did something teaches something.

Storytelling is, among other things, the art of finding a weird perspective. Mindset is one of the more powerful tools of a writer. Sitting with alternative, external codifications of mindset arms a writer with hard questions. Questions like: why are you spending time on this at all?

I have a lot more books and other pieces of literature I revisit that help me reinforce certain things about being a writer for myself. I reread Pratchett’s The Truth when I need to remember why writing is fun and powerful. I revisit passages from The Watchmaker of Filigree Street when I want to recall how much writing can be magical. I flip through this coffee table book I have called The Craft of the Japanese Sword by Leon Kapp when I have some dry material I need to enliven.

Lessons everywhere. Especially in books that didn’t realize they were about writing.

Meant to land in the metalhead box. Took a wrong turn.