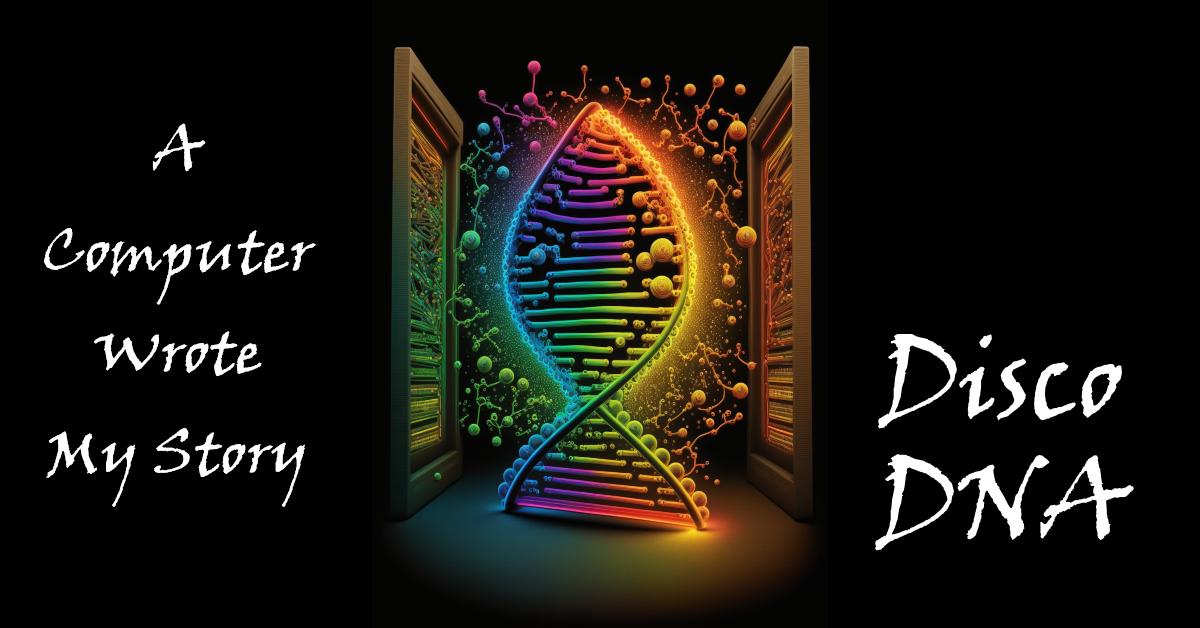 Artificial intelligence (AI) is becoming an increasingly powerful tool for authors, providing new opportunities to generate creative fiction. With the ability to analyze vast amounts of data and understand natural language, AI can help authors generate new ideas, develop characters, and even write entire stories. In this article, we’ll explore the ways in which AI can assist authors in their writing process, from idea generation to story development, and examine the potential implications of this technology on the future of fiction writing. Whether you’re a seasoned author looking to expand your creative horizons or a novice seeking to gain a deeper understanding of AI’s capabilities, this article will provide valuable insights and inspiration.

Anyone who knows my sassy, no-filters writing style will suspect I didn’t write the previous paragraph. It was generated by a computer—ChatGPT,  a free online generative AI tool with a chat interface. Unlike the chatbots that litter the internet with their canned answers, ChatGPT uses powerful AI software and an enormous database to compose responses that border on human-like. In this case, I told ChatGPT, “Write an introduction to an article about how artificial intelligence can help authors write creative fiction. Assume an audience of experienced authors.” It generated its response in seconds.

Let’s be clear. I’m not advocating slapping your name on ChatGPT’s output as if you wrote it. ChatGPT is like a chain saw. It’s a tool you must use responsibly. This article covers some legitimate ways ChatGPT can help you write, and hopefully you’ll have some fun along the way.

ChatGPT is very good at mimicking voice.  You can tell it to write like a fourth grader, like William Shakespeare, or like someone with an obsession for peanut butter. When I asked ChatGPT to write a story about genetic engineering set in the world of Saturday Night Fever and in the style of Hunter S. Thompson, it created the following.

It was the seventies, and the world was groovin’ to the beat of disco. The streets were awash with the neon lights of the dancehalls and the flickering strobes of the dance floors. The kids were all there, shaking their booties and tripping on a steady diet of Quaaludes and beer.

And then, just as the nation was starting to feel the burn of its own hot flashes, some mad scientists decided to play God. They started experimenting with the genetic code of the average Joe, splicing and dicing, cutting and pasting, until they had a whole new breed of cat on their hands. A new breed of dancers.

These freaks were unlike anything the world had ever seen before. They moved with a grace and precision that was truly psychedelic, their bodies flowing seamlessly to the beat of the music, and I tell ya, they were moving like they had a hot wire of electricity running up their spines.

They quickly became the stars of the disco scene, the kings and queens of the dance floors, and they were drawing crowds of thrill-seekers from all over the city. They were featured in the most popular clubs and were invited to compete in the most prestigious dance competitions.

But as their fame and popularity grew, so did the controversy around the use of genetic engineering for this purpose. People were uneasy about the idea of creating “perfect” dancers, and there were concerns about the long-term effects of the genetic enhancements on their health and well-being.

But the freaks were still a hit, and their popularity continued to soar. And I tell ya, as I sat there, watching those freaks shake it on the dance floor, I couldn’t help but feel like I was witnessing the birth of a new era. An era where science and the siren song of disco collided in a blaze of neon and strobe lights, creating something truly unforgettable and wild.

You probably don’t have a character modeled after Hunter S. Thompson. But you could ask ChatGPT to write using any character trait. Tell ChatGPT to write in the style of an extremely shy person, or someone suffering from dementia, or someone who just ended a relationship and can’t let go of their anger. The output might help you add depth to your characters.

Got writers block? ChatGPT to the rescue. Tell it a little about your story and ask ChatGPT to finish it. For example, I told ChatGPT the following. “Daniel is 10 years old. His next door neighbor is an elephant named Ellen. One day, he talks to Ellen as she waters the plants in her garden. Ellen is sad because her brother Edwin died recently. Finish this story and assume an audience of pre-teen children.” Here’s the story ending, as generated by ChatGPT.

Daniel felt sorry for Ellen and asked her what he could do to help. Ellen told him that she really missed her brother Edwin and that she wished she had something to remember him by. Daniel thought for a moment and then had an idea. He asked Ellen if she would like him to make her a picture of Edwin. Ellen was touched by Daniel’s kindness and agreed.

Daniel went home and got to work. He grabbed his art supplies and began to draw a picture of Edwin. He used all the colors of the rainbow to make Edwin’s trunk and ears look lifelike. He drew Edwin’s big, brown eyes with a special sparkle to show that he was a kind and friendly elephant.

When Daniel was finished, he went back to Ellen’s house to show her the picture. Ellen was so happy when she saw it! She thanked Daniel and said that she would always treasure the picture of her brother. From that day on, Ellen kept the picture in her garden and would often stare at it, remembering the good times she had shared with Edwin.

Daniel felt happy knowing that he had helped Ellen feel better and that he had made a new friend. He realized that even though Ellen was an elephant and he was a human, they could still be friends and help each other when they needed it. From that day on, Daniel and Ellen were the best of friends, and they often played together in Ellen’s garden.

Maybe you don’t like that version. Simply tell ChatGPT you want something different. I told ChatGPT to rewrite it as a horror story, and here’s what I got.

Daniel was a curious 10-year-old boy who lived in a small town on the outskirts of the forest. He had always been fascinated by the mysterious creature that lived in the forest – an elephant named Ellen. But little did he know, Ellen was not just any ordinary elephant. She was cursed, and anyone who got too close to her would suffer the same fate as her brother Edwin.

One day, Daniel was playing outside when he noticed Ellen watering the plants in her garden. He decided to talk to her. Ellen, however, was not in a good mood. She was still grieving the recent death of her brother Edwin and was in no mood for company. But Daniel was persistent and asked her what was wrong. Ellen, in a fit of anger, revealed to Daniel the curse that had befallen her and her family.

Daniel, not believing her, decided to investigate further. He snuck into Ellen’s garden at night, and what he saw would haunt him for the rest of his life. Ellen was not just an ordinary elephant, she was a monster, a cursed creature that feeds on the souls of innocent humans, and her brother Edwin was her latest victim. As Daniel tried to flee, Ellen caught him and dragged him into her garden.

From that day on, Daniel was never seen again. The villagers searched for him everywhere, but he was never found. Some say that Ellen took him as her next victim, and that he too was cursed to live out the rest of his days as a monster, just like her. Others say that he was dragged down to the depths of hell by Ellen and her cursed family, to live in eternal misery. But one thing is certain, no one ever went near Ellen’s garden again, for fear of meeting the same fate as Daniel.

Besides helping you develop character voices and brainstorm storylines, ChatGPT is also a useful research tool. Ask it to tell you about nuclear fusion, to describe the surface conditions on Titan, or to write an essay on the ethics of biometric data. And if you discover other uses for ChatGPT, post them in the comments.

I like having ChatGPT as a tool. But some of you will question ChatGPT’s utility—or even view it as a threat. Hopefully we’ve entered a new era, an era where  artificial intelligence and creative writing collide in a blaze of neon and strobe lights. That would be way better than if ChatGPT were to drag us all down to the depths of hell to live in eternal misery.