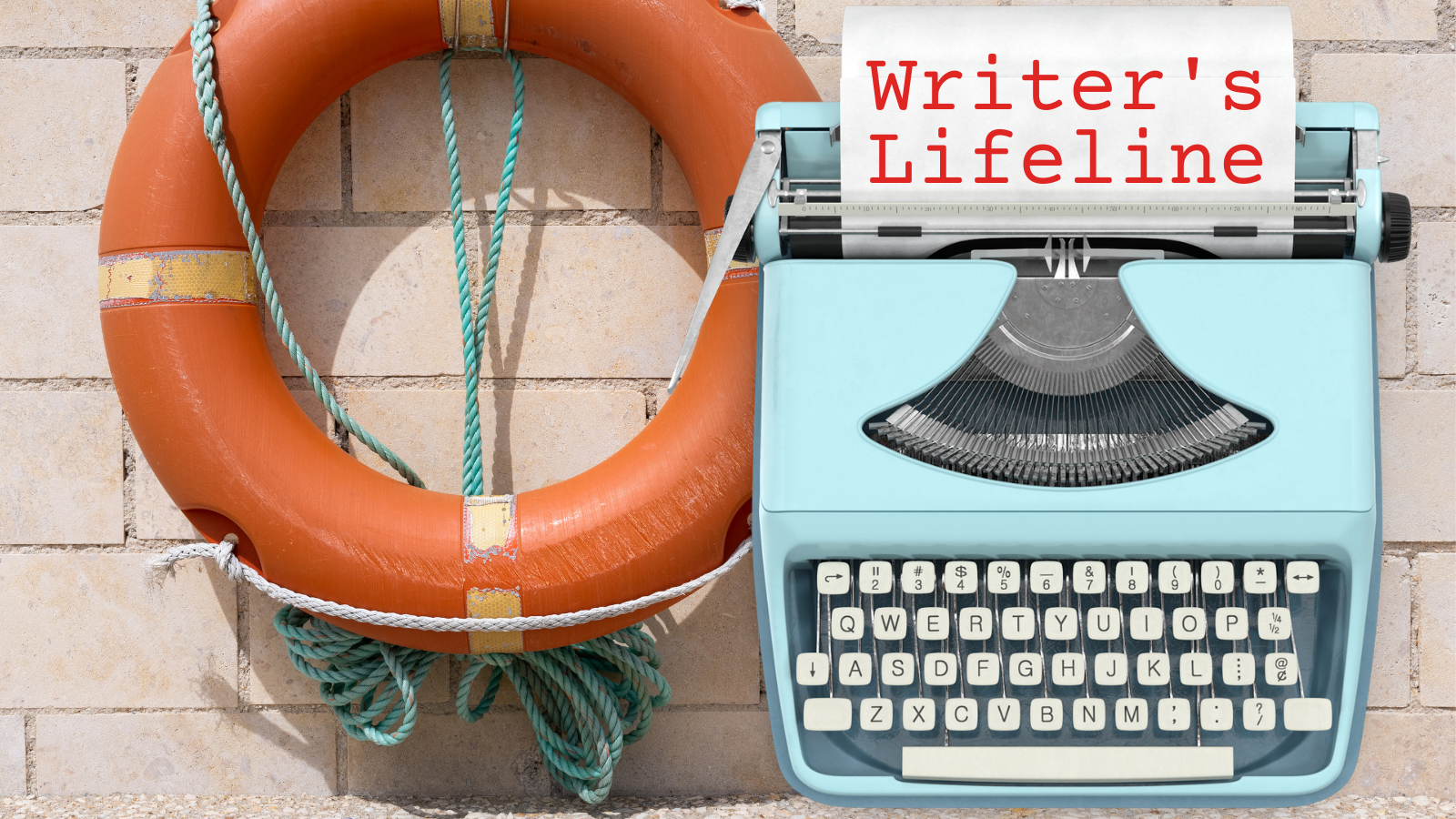 If you are a writer or aspire to write, you soon discover it’s not as easy as it looks. In fact, it’s the hardest thing I’ve ever done, and I’ve been writing professionally for over thirty years. It’s a career where the minute you think you’ve mastered the craft, your editor returns a document covered in markups and comments that triples the size of your MS Word file. Hence, writers learn quickly to stick together and become active members of writing communities. And no matter what you write, it’s essential you regularly attend a critique group. Ask the best authors and most will agree, saying they joined one early on and have continued to attend well into their careers.

I’ll never forget bringing ten pages to a critique group for fiction writers for the first time. The pages introduced the fourth novel I’d written, and it had even won a contest that resulted in me signing with an agent. Surely everyone would love my story and say it was the best they’d ever read from a newcomer. That a Big Six publisher would buy it in a second. After all, I had also been a career writer, producing technical manual and business articles for quite some time. Yes, fiction is different, but crafting a world in a novel should be a piece of cake for someone like me. 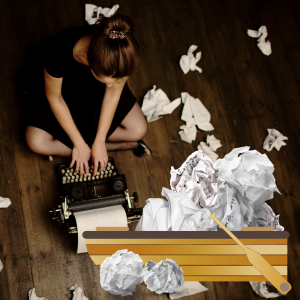 Boy, was I naïve. Similar to every other new attendee, they nicely called my novel opener crap. My heart dropped. But it wasn’t all bad. They also told me how to fix the plot, describe the setting, and show the characters’ emotions. I should have known better than to write fiction in isolation.

Fifteen years later, I’ve not only attended critique groups, but run a group for speculative fiction writers for over five years. My experience with these groups even led to me sitting on the board of the Rocky Mountain Fiction Writers for nearly five years. Helping fellow writers improve their prose has been one of the most rewarding things I’ve done throughout my life.

Two things remain consistent in a critique group. The first is that writers who regularly attend sessions are the ones who finish their projects, acquire agents, and release their work to the public through traditional means or self-publication. The second is that writers who show up irregularly bring previously critiqued pages and still haven’t finished a first draft a year or two later. They show their frustrations in complaints that their jobs are too busy or kid’s soccer games consume too much of their time to write.

Critique groups do more than help you land on bookstore shelves or increase traffic to a blog. Consider, as Watson states, “In 2020, there were over 44.2 thousand writers and authors working in the United States.” (par. 1) Very few of which reach John Grisham’s and J. K. Rowling’s level-of-success. Nor does the number account for all the part-time amateur authors. Amazon alone has published over 6 million books, which includes an estimated 7500 new books released daily (Haines). And according to the AskALLi team, they paid out over a quarter of a billion dollars in royalties in 2019. (par. 18). Who are these people, and how do you compete for your piece of the pie?

With so many writers flooding the market since the invention of the internet and the ability to read electronically, authors must stand out or risk going unnoticed. Or worse, have their prose attacked by trolls. If you hope for any level of follow through and success, don’t skip out on all that a critique group offers.

Sure, when you first start, perfecting the basics is the number one reason other writers should analyze your work. There are so many frustrations, practicing grammar rules, understanding point of view, or properly representing facts to name a few. As you progress, it’s all about your prose coming across as professional, a thing difficult to master without both giving and receiving critiques. As Hickman says, and I similarly remind my group members, “Countless times, while revising my fiction, I’ve realized: I just hammered so-and-so for making this mistake in his writing. I guess, I’d better correct it in mine.” (292).

Yes, criticism is hard to take, but as Kenyon states, “Accepting criticism and learning to edit your own work is another essential skill. There’s a lot of advice out there, and no lack of people willing to comment on your writing. The trick is to figure out which advice is sound (and which isn’t), and how to implement it.” (165). Necessary, especially considering any attempt to please all critics can cripple or block a writer. 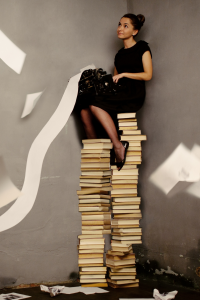 Once you’re in one, you’ll realize critique groups are about so much more than the words. “Being with like-minded people who have similar goals can help you get to the next step in your writing endeavors.” (Turner, 60). Week after week, cohorts in your group will drive you forward and keep you accountable because they experience the same highs and lows when completing a project. Fellow members are your cheerleaders, awarding accolades for your success whether it be a contest win or publication in a magazine. And your partners sympathize during extensive blocks or receipt of a tenth rejection letter. Knowing you’re not alone drives your writing.

Publishing is one of the scariest experiences a writer will achieve, whether done traditionally or by oneself. After you complete a project, the guidance senior members provide is invaluable. Fellow members can recommend cover artists or editors, as well as warn about the potential pitfalls such as vanity publishers that take advantage of an author’s wallet. Go the traditional route and you’ll need advice with pitches, query letters, contracts and more.

Once you’re published, it’s time to market your work, and considering most writers are introverts, you want as much support as possible. Begging people to read your work and be kind with reviews is uncomfortable. When you’re told “no thank you” or receive a one-star review, it’s debilitating. Yet again, members of your critique group will come to your rescue, sharing marketing trends such as attention grabbers on social media. It’s critical to understand why certain books are selling better than yours on Amazon. Maybe it’s your cover copy, or maybe it’s your first few paragraphs turning off readers. These are all things that critique group members can look at objectively and provide additional guidance, especially when you adore your book cover, but the rest of the world finds it boring.

So, are you ready to join a critique group? If you answered “yes,” finding one is easy. Check with your local writers group or ask a writer friend for a referral. They meet online, in person, over email, on social media and more. “Whichever type of group you choose affords you the benefit of connecting with other writers, socializing and growing together in your craft.” (Charles, par. 8).

It’s time to break that shell! Come out of hiding. You are a writer, and there are many more of us ready to help you succeed. Your lifeline awaits.

Turner, N.A.. How to Writer a Short Story: Everything You Need to Successfully Write and Publish Your Short Stories. Turner Stories, 2019.

Wendy Spurlin is the founder of the Spec Fic Critique Group and moderates most of the critique sessions. She leads OTI Press, the publisher of the group’s anthologies, and she has recently returned to school to study graphic design and marketing. In addition, Wendy has a passion for horror movies, zombies, wine, and evil in pop culture. Originally from Chicago, she now lives in Colorado where she spend her days writing, studying, and being manipulated by 2 mischievous beagles.

Publishing under the name Winnie Jean Howard, she writes dark comical stories for all ages. Looking for a short, funny tale.? Check out Pete Sinclair’s story in the Fall for Freedom prequel to The Courier series. He’s been blamed for closing the Gates of Hell and releasing an imprisoned fallen angel by the name of Azael. Lucky for Pete, an angel’s apprentice believes he’s innocent. She offers him freedom from Satan’s forces in exchange for his help returning Azael to his prison cell. If only he and the demon who possesses him had the courage and know how to fight a fallen angel. Buy on Amazon